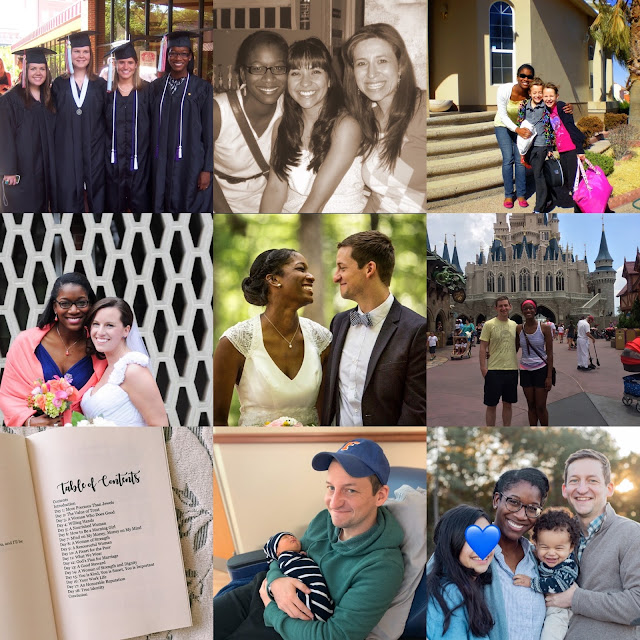 It didn't hit me until a couple weeks ago that we are headed into a new decade. It seems like we were just celebrating the new millennium! I saw an Instagram post that said, "2000 was 20 years ago which is really weird because 1980 was also 20 years ago." That's exactly how I feel about the fact that we are entering the twenties, friends.

Here’s a look back at the last ten years:


2010: In May, I celebrated my 22nd birthday and graduated from UGA with an Early Childhood Education degree and moved to Chihuahua, Mexico, where I taught school for two years.


2011: I became fluent in Spanish, led worship at my bilingual church, and realized I would only be in Mexico for two years and needed to move back to Athens.


2012: In the spring, I said goodbye to Chihuahua. That summer, I moved back to Athens and went through a bit of an identity crisis. :)


2013: Always the bridesmaid, never the bride - I was in a few weddings and wondered if it would ever be my turn.


2014: My maternal grandmother passed away, and a few short weeks later, I traveled to Uganda. It was here that the Lord sparked something in my heart for women’s ministry. One month after my trip to Uganda, I traveled to Kenya. In the fall, I began a new teaching job at Downtown Academy, and a couple months later I met my future husband.


2015: Rory and I got engaged in April, married in July, and celebrated the anniversary of our first date in October.


2016: We went to Disney, bought our first house, and I left teaching and began working at our church, Watkinsville First Baptist as the Administrative Assistant. I decided to take my writing more seriously and published my first book, Proverbs 31: A Life of Truth and Grace. I found out that I had uterine fibroids, which explained a lot of women’s health problems.

2017: My devotional book, Proverbs 31: A Life of Truth and Grace released as a paperback in January. I began working on my second book, Already Chosen, which tells the story of my journey in singleness and finding my worth in Christ. We began classes to become licensed foster parents in November and reached a year mark of trying to conceive in December.


2018: In January, I went through a procedure called Uterine Fibroid Embolization, which greatly changed my women’s health. In May, I released my first full-length book, Already Chosen. I also began seeing a naturopathic doctor, taking supplements, getting acupuncture, and drastically changed my diet. Lost a ton of weight. We became licensed foster parents and welcomed three kids into our home for the summer. Right after they left I found out I was pregnant with our miracle boy. We sold our first house, bought a new one, and moved.


2019: We welcomed our daughter into our home in February.  I released my third book, Choosing Contentment, in April. We welcomed our sweet boy in May, and I spent the summer learning how to be a mama to a teenager and a newborn. In August, I stepped into a new role as Development Director at Athens Pregnancy Center.

2020: In a few short weeks, we will begin our first semester of Restoration Women. To say I’m excited would be an understatement, as it has been a long time in the making. I’m very slowly but surely working on another book, a prayer guide for foster parents, and trusting the Lord with the timing of its release into the world. We’re praying and asking God to continue to lead us as a family and show us His heart and His thoughts for us.


It is incredible to look back and see all that God has done in the last ten years, and it makes me expectant for an even greater ten years ahead.