Our Journey to Pregnancy 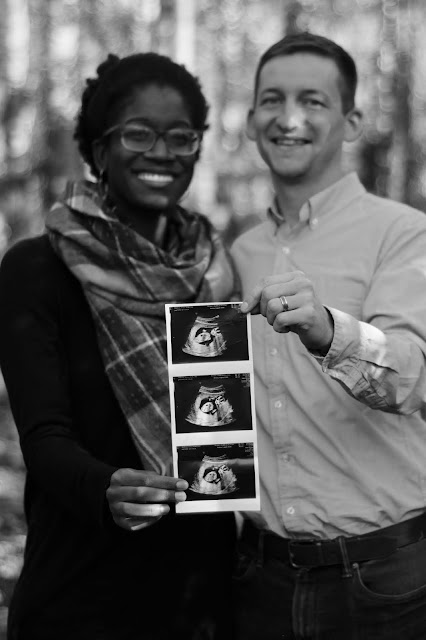 There are many new things on the horizon right now for the Mathisen family. This summer we were first-time foster parents to three and are opening our home again in January. We sold our first house, bought another and moved in September. And now we are preparing for the arrival of our first biological child! Wow. When God moves, He moves!

I had planned on writing a health update post this fall to inform everyone of how things were going for me post-procedure. It wasn't looking so great (to me at the time), but I thought I was at least headed in the right direction. You see, after my procedure in January, I experienced some relief, but did not get the results I hoped for. I still was experiencing a great deal of pain during my menstrual cycles each month. My specialist in Atlanta who performed the procedure told me that the UFE was completely successful, so any remaining issues could not be coming from the fibroids that had been embolized because they are essentially dead. So according to my symptoms, Rory and I concluded that I most likely have undiagnosed endometriosis. This is a "silent disease," because although 1 in 4 women suffer from this chronic illness in the United States, most people have no idea what it is. You can read more about it here.

In May, I began seeing a naturopathic doctor here in town. Even though my specialist in Atlanta said it wouldn't be an issue for me to get pregnant, we weren't "intentionally" trying. I wanted to try to get my other women's health issues under control and was focused on getting relief first. My naturopath told me that it would take about three months for me to see results from the regimen she gave me, which was monthly visits to her for acupuncture, several supplements, and a diet change that eliminated most of the "fun stuff." I had already modified my diet quite a bit and got even more strict. It wasn't fun, but at this point, I was desperate for any relief I could get.

After a couple months, I didn't see the results I wanted to see and was growing impatient and frustrated. Two of my good friends also suffered from endometriosis in the past and had been to a specialist in ATL for a surgery that I thought I might be a good candidate for. I completed the application to be seen by him and also conversed with their office via email several times. At this point, I figured that it was going to take another surgery for me to find any sort of relief and to increase my chances of being able to have a biological child. The only problem is that the specialist was out of network and very expensive. Rory and I had quite a few "discussions" about it, but I was ready to submit my application after our move to our new house in faith that God would provide and open the door if I was supposed to be treated by this doctor.

In August, right after our kids left, I was crying in our bed, writhing in pain because I still had horrible cramps. I didn't understand why I wasn't getting relief and why I still wasn't able to get pregnant. I was able to control my cramps with ibuprofen that time, but I was not experiencing the grand sweeping changes I had hoped and prayed for for so long. 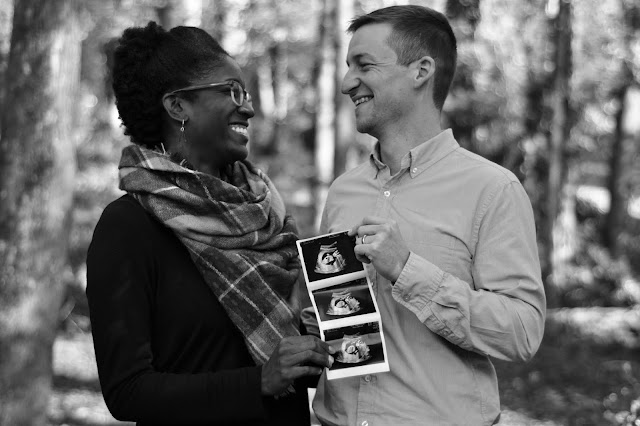 Fast forward to Labor Day weekend, when I was awaiting the arrival of my period yet again. I was getting antsy because it was late, which is quite rare for me. But I assumed it was because of the supplements I was taking, stress related to our kids leaving, and the upcoming move to our new house. Early that Saturday morning, I got up to go to the bathroom and was feeling a little perturbed. I mean, why wouldn't my dang period come so I could get the worst of it over during the weekend and not have to be miserable at work the next week?

A little nudge told me to take a pregnancy test, and I did so in secret for fear of being embarrassed yet again at a negative result. Much to my surprise, I watched in shock as two pink lines very quickly appeared. What?! That is not what was supposed to happen! I burst into our bedroom and said, "Babe, wake up right now!" Rory is not a morning person at all, so he was quite confused. I tossed the test in front of him and said, "Look at this!" He said, "Is that real?!" I quickly reassured him that it couldn't be real, and we proceeded to Google all of the reasons why one might get a false positive on a pregnancy test, none of which applied to me.

I guzzled some more water so that I could take another test and headed to the bathroom to grab a digital one. If this was real, I needed to be able to see the word "Pregnant" and have no doubts. When I sat down on the bed next to Rory, I handed him the test and said, "I can't look!" and proceeded to cover my eyes. I waited for what felt like forever, and he said, "Holy crap, babe." I looked down, and sure enough, there was the word "Pregnant," clear as day. I immediately started crying and hugged him, and he teared up too. We realized that this was in fact no fluke. We are having a baby!

That day I called my family and got to tell them the happy news, and we were also able to tell Rory's parents in person since they live in town. It felt (and still feels) very surreal. The three-week wait before we could go to the doctor was almost unbearable. I felt like the Lord had assured me that everything was going to be ok and that I would, in fact, carry my baby to full-term, but every now and again (like a few times a day), fear would creep in and I would begin to be overcome with dread and a sense of "This is too good to be true." But then I would reach out to a friend, turn on some praise music, or read Scripture, and my heart was calmed again.

When we went to the doctor, I was extremely relieved to hear our sweet baby's heart beating oh so fast. The ultrasound was so funny, because at that point the baby looked like a little gummy bear! It is incredible to see the way that God knits us together through each stage. Through this time, we have been so grateful for our family and community of friends who have gathered around us to encourage us and pray. The best truly is yet to come!

My Favorite Pregnancy Resources (so far)

Praying Through Your Pregnancy: A Week-by-Week Guide
God's Plan for Pregnancy: From Conception to Childbirth and Beyond

Lover of Jesus. Wife to Rory. Dog mama to Bailey. Writer of words.