Just one month ago, Rory Mathisen was just my boyfriend, not my fiance. Oh, how quickly things can change. Many people have asked me if I knew that Rory was going to propose, to which I have answered with an enthusiastic "yes." 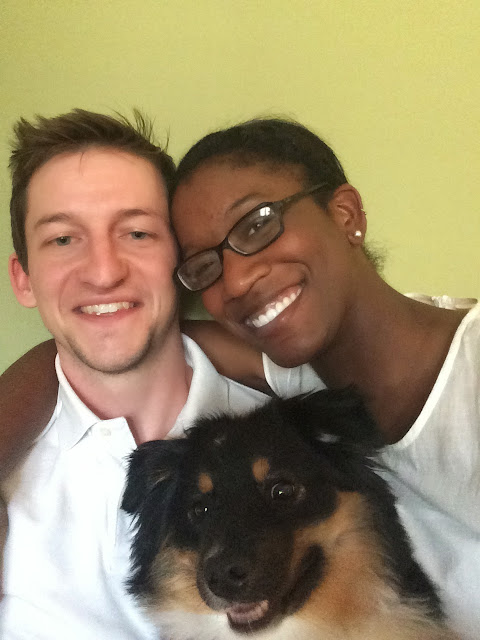 Rory and I had been planning a trip to the beach for about a month. We were watching Parks and Recreation one night, and the episode where Andy and April spontaneously drive to the Grand Canyon and camp out in their inspired us. Obviously we can't drive to the Grand Canyon too easily from Athens, but nevertheless, we were inspired. We have a bucket list to which we're always adding adventures we want to have-places we want to go and things we want to do. So the beach trip to see the sunrise was going to check off one our sights-either Charleston or Savannah.

As the day got closer, I just had this feeling that Rory would propose on that day. I knew that when we went, it would be days away from our six month anniversary. We talked about when we wanted to get married and how we wanted a short engagement. We had gone ring shopping...all the signs were pointing to a proposal on that special day. I told my mom what I was thinking, but I didn't tell anyone else for fear of being wrong. All throughout the week, people asked me if I thought I knew when he would propose, but I didn't tell anyone what I hoped would happen on Saturday morning.

On Friday night, we both went to bed around eight o'clock. It felt so strange to go to bed anticipating that I would be getting up in the middle of the night. I had packed a little bag with a change of clothes and road trip snacks, and I was ready. A little after one in the morning, I got up (I hadn't really been sleeping anyways) and pulled on my yoga pants and my "prophetic shirt," which reads, THE BEST IS YET TO COME. :)

Ror came and picked me up around two in the morning, and we were on our way. The ride down was easy and smooth; we talked and listened to music and comedians to keep us awake. I took a little nap and continued to pray that the weather would stay nice and not get yucky so that we could have a good day. We got to Tybee Island around 6:30 in the morning, just in time for the sunrise at 7:00. Ror had a little gym bag that he brought with him to the beach, and I was hoping that there was a little something special in there for me. He had mentioned that he had some surprises for the morning...

We got to the beach and put our things down on a swing. He opened up as his gym bag, and he had a sweet surprise- Chinese lanterns. We talked about how we wanted to include them in our wedding but won't be able to, so we lit them that morning and watched them float away above the ocean. After we watched the lanterns drift until we could no longer see them, we took our blanket down closer to the water and laid down for a little bit. 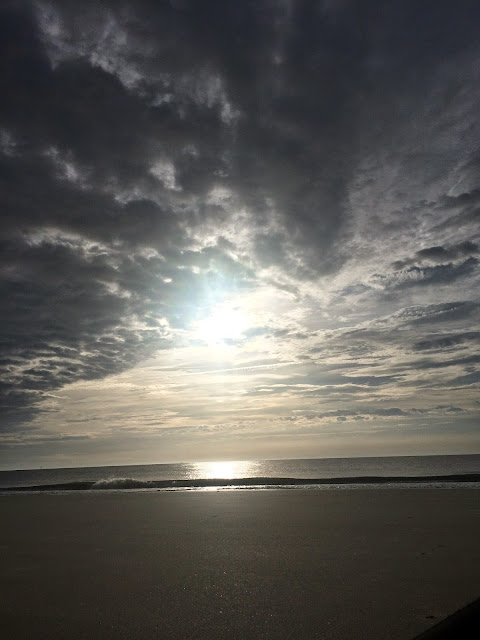 At this point, I was hoping for and expecting the proposal, but I so badly did not want to be wrong. I was staring out at the ocean, just praying that the Lord would help me to have a good attitude if it didn't happen that day and to enjoy the special trip we took together. After what seemed like an eternity, Rory sat up and told me that he had a special gift for our six month anniversary, even though it was a few days away. Of course I told him I wanted it right then. He pulled a stack of journals out of his bag, and in my mind, I thought, "Oh my. Where's the ring? I hope we didn't drive for four hours for him to give me journals. I mean I love journals, but seriously?!"

I pretty much put them aside and looked at him expectantly, and then he asked me to actually look inside one of the journals. And that's when the mini freak-out commenced. He had made the sweetest scrapbook entitled "Our Firsts" that had pictures and dates of all our milestones- first date, first road trip, first kiss, etc. And on the very last page, it said..."Engagement Day" with that day's date (which just happens to be exactly three months from our wedding day). In the back of the journal, Rory had glued all of the pages together and then carved out a hole where he put the ring on a string. I was floored and so taken aback by his thoughtfulness and creativity, knowing that it doesn't come naturally to him to get crafty. Plus I was freaking out and wanted to see the ring. Ha. As soon as I saw it, I just kept saying "Oh my gosh! Oh my gosh! Oh my gosh!"

Rory took the ring out of the journal and said a bunch of sweet and wonderful things, and then he asked me to marry him. I enthusiastically said "Yes, yes, yes!" and kissed him, and then we sat and stared at the ring together. Right after he asked, the sun started to peek through the clouds, and we took it as a sign that the Lord was pleased with our upcoming nuptials. I called my parents, and he texted his. Everyone was super excited and knew it was coming. This all happened before eight in the morning, so it was quite the day. I was so excited and wanted to tell the world, but we spent the day together by going to breakfast and seeing special places around Savannah before getting in touch with all of our friends. 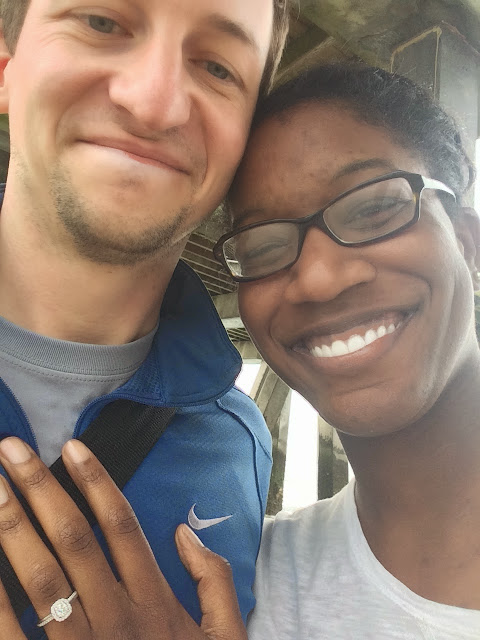 Overall, our proposal day was one of the sweetest days, and I know that our wedding day will be even more special. I am incredibly honored and excited to be able to say that I will be Mrs. Rory Mathisen, and I could not imagine anyone better to walk with for the rest of my days.

Email ThisBlogThis!Share to TwitterShare to FacebookShare to Pinterest
Labels: love