About a month ago, our class had the privilege of going on a special field trip. At the end of March, I wrote a blog post asking for support from friends and family for my second grade class to attend the Lecrae concert in April. Lecrae is one of our favorite Christian artists, and when I found out that he would be coming in concert down the street from our school, I knew that we had to find a way to get there. Lecrae is someone that my kids deeply respect and admire.

When I wrote the blog post, I mentioned that we needed about $250 for tickets for my eleven students. Well, your response was absolutely incredible. Within days, you had given over $700. We not only had enough money to get tickets for the second grade students, but for chaperones, too, and we were able to buy food and drinks for dinner beforehand. I was completely overwhelmed and so grateful for the outpouring of kindness and generosity. 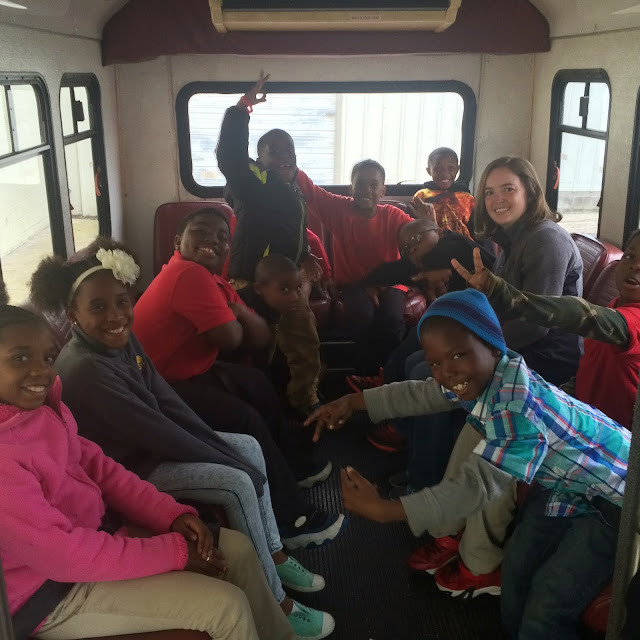 Each year for April Fool's Day, I play a little trick on my students. In the morning, I give them a special permission slip for a field trip to outer space. The form is utterly ridiculous, but every year, the students fall for it and think that they are headed to outer space with NASA. It's kind of mean, but so funny that I can't help but continue to do it every year. This year, however, there were some tears at the end of the day. Second grade may be too young to pull that trick...

When I announced to the students that we would be going to a Lecrae concert, they were incredulous. The sting of the "outer space field trip" was a little fresh. They finally believed me after I showed them the blog post, though, and they just about lost their minds with excitement. 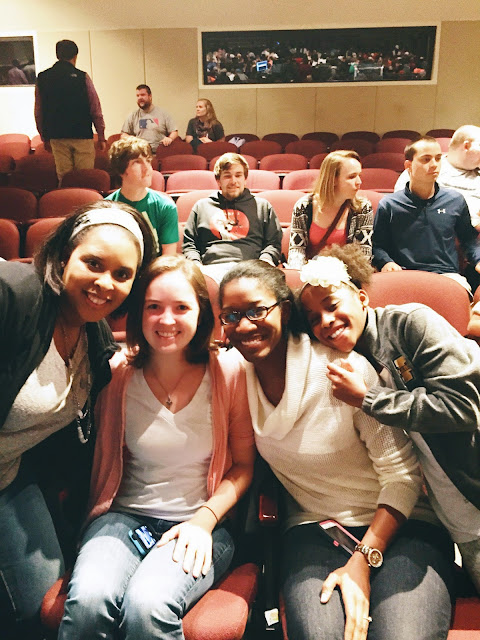 On the days leading up to the concert, all of the students had a million and one questions about what it would be like. They wanted to know if they would be able to meet him and if they would be in the front row, and they asked about which songs he would perform. We watched Lecrae's testimony a couple days beforehand, and they were so intrigued with what God has done in his life.

The day of the concert finally arrived, and we were all so excited. The anticipation was clearly represented in their antsy behavior throughout the day. When I arrived back to school that evening, the kids were eating pizza, watching Netflix, and just about losing their minds with the expectancy of the evening. We quickly made a sign so that we could show Lecrae the extent of our fandom, and we loaded up the bus and headed to the Classic Center. 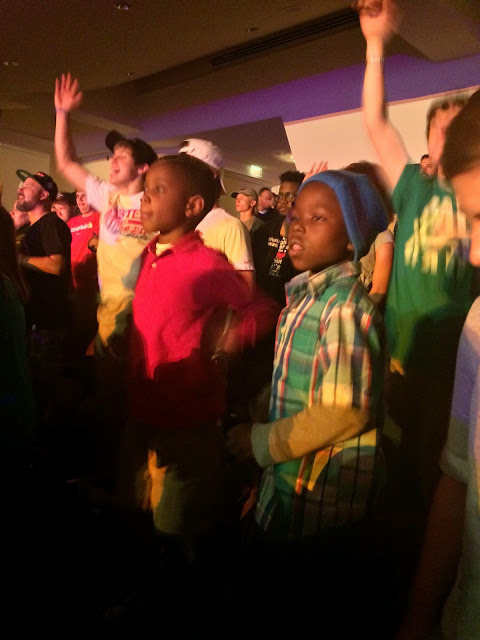 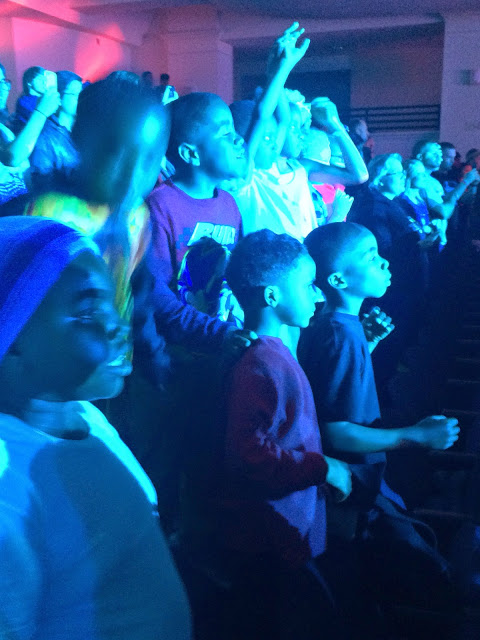 Upon first arriving, every child wanted to go to the "fancy" bathrooms. :) We settled in and waited for the show to begin. They didn't understand that there would be a couple opening acts, and they were so ready for Lecrae to come on stage. However, they greatly enjoyed DJ Promote and Andy Mineo. By the time Lecrae came on stage, it was almost nine o'clock. The kids were fading fast, and so were us teachers.

While they had been dancing and jumping during the other performances, when Lecrae came on stage, they were awestruck. It was so incredible to watch them take it all in and see their dreams come true. They danced and watched and sang along, and in the middle of the concert, Lecrade made his way to a smaller stage and stood in the middle of the auditorium. He was probably about 30 feet from us, and the kids lost their minds screaming his name over and over. As my coworker Jami and I took turns holding up our sign, which read "Downtown Academy Loves Lecrae," I just prayed that he would give us a little shoutout. And before he began a song, he said "Downtown Academy are you ready?!" I think I may have lost my mind in that moment. All the kids jumped and screamed, and Jami and I hugged each other, so happy that he had made our their night. 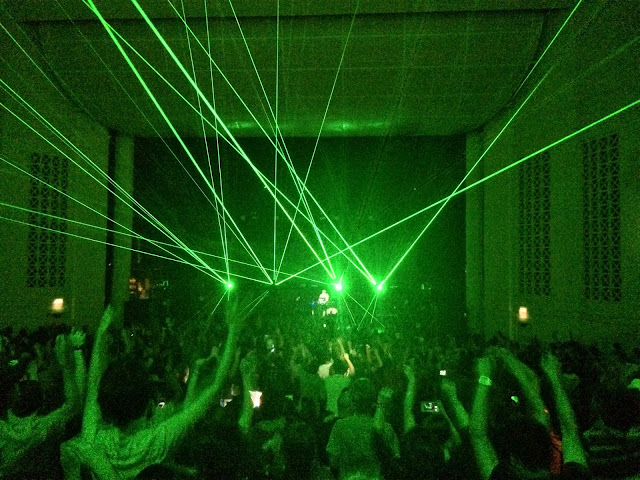 When we got back to school, it was ten o'clock, and I was pretty much dead on arrival. But it was so. worth. it. Thank you to everyone who gave financially and also gave through prayers! We had an amazing night, and I pray and hope that our students cherish this experience forever.

Here's the shoutout on video! :)