where do I begin?

Finally! I arrived in Mexico on Tuesday evening after a long day of traveling by plane and car. Since then my life has been a whirlwind of meeting, greeting, eating, and setting up my classroom. It is hard to figure out what to write and tell about these past four days. I can say with confidence that I know God has me here for a reason. I know that this is where He wants me. I have met one of my students, and she is a dear girl. From what many people have told me, teaching here on the field is a dream because the children are well-behaved, and I have the freedom to talk about the Lord in my classroom. That in itself is a dream come true!

I haven't seen much of the city except for when we drove down from El Paso on Tuesday. Chihuahua is a huge city. Like almost a million people huge. And what I noticed as I flew into Texas on Tuesday was the vastness of the land. The land is so flat and widespread. It was like we flew over a whole bunch of nothing and then suddenly, there was a town. The city is widespread and surrounded by mountains. I've been told several times that this is the rainy season (even though we are in the desert) and that the green I am seeing will not last long. :(  When I got into El Paso, a younger missionary couple picked me up and we made the drive down to Chihuahua. (Don't worry, we avoided Juarez.) They have only been on the field for a year, so they are pretty familiar with being the new kids on the block. We had a great time getting to know each other and I learned a lot about what it will be like to live here and teach at my school. The ride was not bad at all, and crossing the border was not nearly as scary as I expected. All of the military personnel just looked at me and stared a little longer since they aren't used to seeing my kind around. :) I just loved looking at the countryside and taking in all of the sites!

Everyone here has been extremely encouraging and kind. They are all excited that I am here and very welcoming. On Wednesday it was my roommate's birthday, and there was a surprise party for her that evening. We played several card games and I was able to practice a little Spanish. I have also had dinner the past couple nights with families and have enjoyed getting to know them and talking with them about how we were led to the same place. Everyone here has a different story and background. Each person's history has been woven in a way unlike their neighbor's, and yet we are still part of the same team and family of believers who just want to serve and somehow make a difference.


Today I spent the majority of my time in my classroom getting things set up and somewhat glancing at the curriculum, too. I was there for what seemed like an eternity and didn't get a ton of stuff done, but things are starting to come together. Next week is the inservice week for teachers, so I'll be learning a lot and getting more things in order!


Thanks for all of your prayers and support! It is truly a blessing to be living my dream...

He is good. All the time. 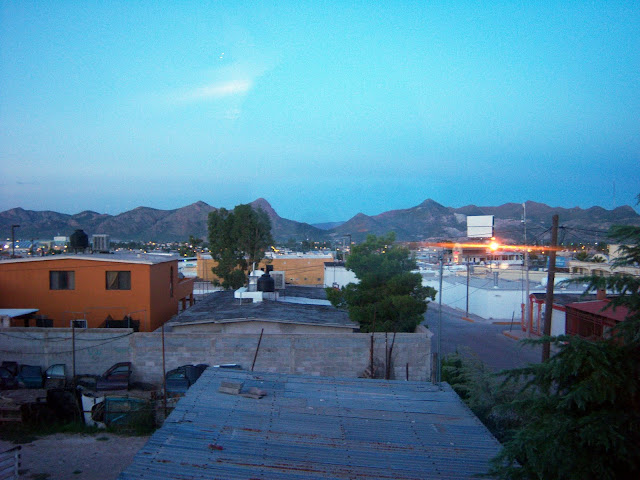 The view of the city and mountains from the school dorm. 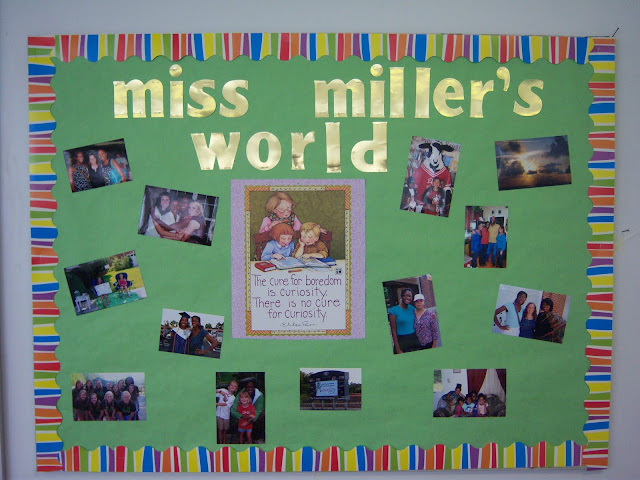 My first bulletin board!

Email ThisBlogThis!Share to TwitterShare to FacebookShare to Pinterest
Labels: lifestyle